Putin Puttin' POTUS In His Pocket 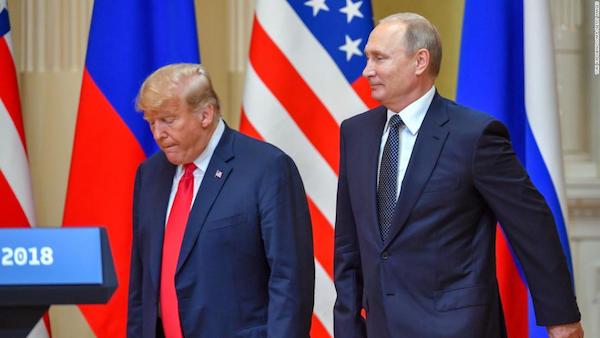 Episode #7 Trump and Putin meet and discuss some things. We have no idea what. It was a secret. However, what we do know is that during a press conference after their secret meeting, we learned a lot. One of them being that Trump is most likely the equivalent to a lap dog for Putin. As you know, I am always trying to spot the silver lining. There is none. And even though, I will not submit to the falling sky scenario that Kunta loves spreading, I will say that Trump is clearly not the man he said he was. Kunta tells the story of his coworker calling him a ninja. Now under normal circumstances, this would be a compliment to Kunta (seeing as he is a complete ninja nerd). This time, however, it was used as a replacement for the N word...and his coworker is white.